Nicolai has a collection of music that more than suits my taste; it brings me into my past. Coldplay puts me into a room littered with markings or random souvenirs nailed to the walls. Two skylights are in the slanting ceilings and red blankets are blocking the light. A mess of things are scattered about the floor and pictures of old friends are pasted to the door. It’s my room. And there I am, in the corner giggling at someone’s joke, gathered with amigos around my small ruby-red hookah, blowing rings into the stiff air. We are sipping on a bottle of Jameson’s and are unaware that the music playing from the computer is burning the moment into our memories. Or at least that’s how it was for me.

Here at Franco and Camilo’s we’ve listened to everything from the expected Manu Chau to Eddie Vedder, Blind Melon to Rufus Wainwright, Alanis Morisette to La Fuga. The computer is always plugged into the speakers blasting out some kind of song. I can’t help but wonder which song will trigger these memories one day.

Let’s suppose I’ll be sitting in a small room working as a day shifter somewhere, and I hear the song. Suddenly the small room is Franco and Camilo’s once more. Once more I’m with Zulay and Nicolai, Franco and Camilo, and Catalan, as we’ve come to call Alberto from Barcelona. I’ll be eating potatoes and Zulay will be calling out: “Chaaeeeeel, you’re my favorite gringo!” Catalan will be busy spinning threads around his leg making a necklace. Franco and Camilo will be deep in some conversation, insisting to each other that “I shit you not”. We’ll be toking on the makeshift hookah, and we’ll all be laughing at Camilo’s wit or singing along with Nico as he plucks at his guitar, and some movie that only I’m paying attention to will be glaring from the TV screen.

Then the song will cut out and the nostalgia of my Lima squat will fade. And I’ll go back to work doing, …doing… doing whatever it is that I’ll have decided that I was supposed to be doing. 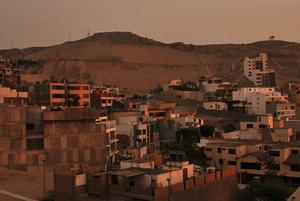 The House of No Ends, Lima, Peru. That’s what it could be called. Or the house that skips days. Any title that implies that if you stay at this house,

Tuesday will actually be Thursday because you weren’t paying any attention. No, you were too busy watching Family Guy or other movies, or maybe playing Super Mario World on Super Nintendo. Maybe you were just asleep the whole time, who knows.

When did I get here? The 19th about… or the 20th. It’s June now, but the sun is still hidden behind the smog. Every evening there’s a 10 minute window when the sun finds a peephole at the horizon and sprays the city in orange misty light. It renders Surco, the city I find myself in, a stiff golden concrete jungle.

There isn’t much to see in this part of the city. There are complexes of condos, pedestrian walkways into mazes of Cities of God where we’d find Caldo de Gallina for dinner or couples necking in the shadows, their clucking echoing off the graffiti. The “known” parts of the city are places like Miraflores, but there’s nothing there either. There’s nothing but plastic tits and too much make-up walking the green parks, which they themselves are fake. There are rich people, but most are either inside guarded restaurants or walking to their chauffeured cars. Miraflores is only known because it’s the closest thing to Beverley Hills in the country. No me calle bien. 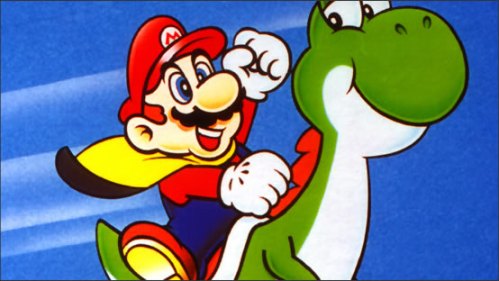 The house of no ends is like home for now. There, I let my time run, and I let my ears fill with the ramblings of adventurers, happy enough in the moment.

One day brought a particularly dangerous dosage of fun. It was the European Soccer Championship match between Manchester United and Barcelona FC. The names they give soccer teams are always bizarre. They always have some kind of buzz kill addition that seems awfully business-like. I prefer names like “The Bears,” “The Blackhawks,” or “The Bulls.” Just an example.

Catalan donned a Barcelona jersey and scarf, and even had a pair of rain pants with the team’s crest. As the pre-game dancers left the field his scream filled the small space. We bought a case of beers, Franco lit the hookah, and I started cheering for Manchester in an English accent. It was a risky gamble but it never came to punches.

Another case of beer later and the score was 2-1 Barcelona. They went on to win the match and by then Catalan, like he’d warned, was shitfaced drunk. A couple more Colombians who we’d met for beers a few nights previous came over and Catalan and Camilo stuck some acid on their tongues. Franco poured a gooey liquid into a cup and handed it to me. “Pedro,” he said. “A cup’s a dosage.” I drank it down. A disgusting thing that I knew nothing about.

“Most people go through hell to get to the effects. Stomach aches, some throw up, head pounding.” Camilo was the expert on the San Pedro cactus. The mescaline in the boiled skin would change my perspective, he’d said.

“What are the effects?” I asked.

“You’re world is about to get deep,” said Camilo.

“Everything moves,” added Franco, “it’s like Ayahuasca but stronger. Ayahuasca makes you hallucinate more but Pedro will fuck with your philosophies.” 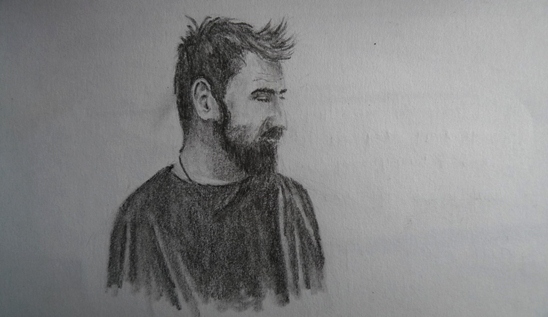 My good friend Albert, otherwise known as Catalan in the House of No Ends, in Lima, Peru.

I laid down and rolled into my sleeping bag. “It’s really damn cold.”

Camilo sat next to me on the floor. “That’s one of the side effects. You’re gonna feel like shit but you’ll see the effects in an hour or so.”

Two hours went by and it was night. Everyone was passed out on the other mattress, except for Camilo and Catalan, who was running around with lazy eyes and his scarf tied to his head. He was Lance from Apocalypse Now, acid and all. They kept me company as I shivered in my bag. “I feel fine I’m just really cold,” I told a curious-looking Camilo.

I crawled out and went up to the bathroom, closing the door behind me. As I tried to move my bowels around a bit, I watched an ant crawl at my feel across the tiles. I felt ultra-conscious all of a sudden. It seemed to me that the ant was taking careful steps. He was moving every which way, too. …Wait, no he wasn’t… that was the floor.

The floor was moving. The wispy color patterns of the tiles were vibrating and sweeping every which way as the ant navigated the sea of… well I suppose the sea of tile. Each ray of color was moving like chocolate syrup poured into milk. I let my eyes wander around the rest of the bathroom, which was tiled wall to wall. Then I looked at the shower curtain. Then I turned on the water and watched the stream. Then I looked at my hand.

An hour and a half later I came down the stairs. Everyone had woken up and looked at me. Franco said, “Are you ok?” Then Camilo said, “that’s the Pedro that kills your stomach and makes you crap for two hours.”

I looked at them. “That bathroom… is the best bathroom I’ve ever seen in my life.”

The cracks in the concrete floor under the mattresses were moving like snakes in a pit. I stood high on the stairs and stood staring at that floor. Everyone began to laugh at me. “Hey!”

Camilo: “Is it working? You see things?”

“Your hair man… damn.” They were watching Into the Wild. “And that kid’s face is really fucked up. Everything is moving and shifting and changing colors!”

I went and sat on my mattress. The effects grew over the next few hours. The walls moved as though the building was breathing, and I could control in which color the waves came. I searched out interesting things to look at, and I could almost control everything about my hallucination.

The blond hairs of my hand grew and moved around like high grass in a prairie. My skin changed from red to orange to brown and back again, sometimes withering sometimes stretching tightly. The veins wiggled like worms beneath the surface. I smiled and giggled a little. The others were apparently getting a kick out of my reactions, rolling around in laughter. For 30 minutes I stared at my shoe. For an hour I stared at the shag-carpet texture of a blanket, the threads growing and sensing about like ant probes. What the hell are they looking for?

Nico and Zulay were in their bed upstairs. I crouched next to them. “Your pupils are as big as coins,” they offered. I disappeared into the bathroom and sat on the floor, and my world got more and more fucked up. The movement began to extend into the third dimension, and long tentacles wrapped around my arm from the tiles. Tubes of liquid extended out over my head. They weren’t unlike the tubes that shot out from peoples’ chests in Donnie Darko.

My eyes began to hurt from the light, and my head was pounding. Back downstairs everyone was asleep. I crawled into my sleeping bag, but didn’t fall asleep. I watched a dirt patch on my palm turn to ants roaming about my skin. The lines in my skin made like ripples in water and spread out. I found a mirror. Peering in, I saw my iris expanding and contracting with every breath I took. I gazed into the blackness of my dilated pupil until I could no more and had to shut my eyes. But that didn’t stop the images. My imagination showed me crystal clear cartoonish imaginings right on the insides of my eyelids. I was hallucinating whether I wanted to or not. It would be a long night… 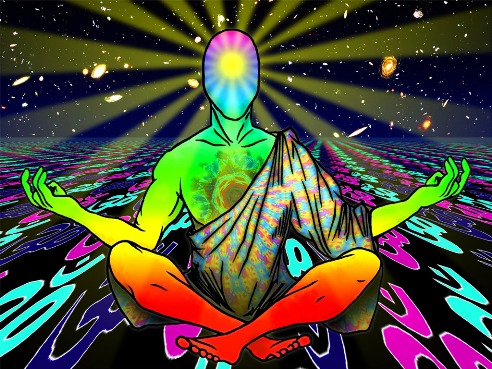 Psychodelic image… I get it now. Source.

Alas that was days ago and now I’m here. I’m feeling lazy but Just. Just here. Just hanging. The next leg of the life on the road is about to begin. Where to? Do I ever really know? Just, just waiting for the wind to pick up…